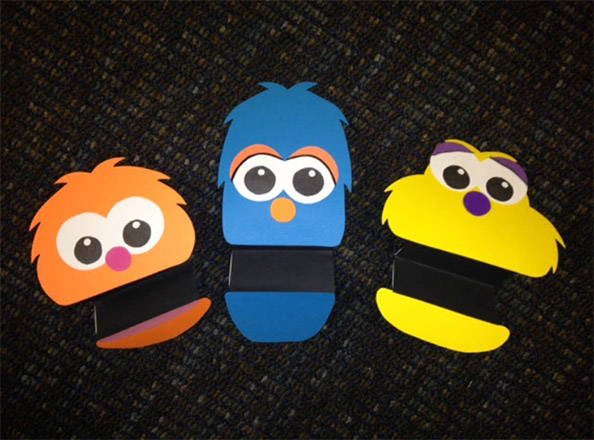 Create Puppets with the Center for Puppetry Arts

Students will learn how to build, decorate and the basics of manipulating a puppet in the “Fantastic Friends Workshop.” Materials to make the puppets will be provided and parents can pick-up the materials from KVC staff prior to the workshop. 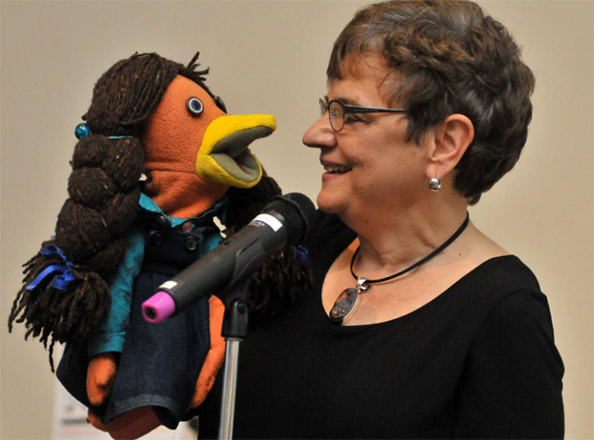 Ventriloquism 101: Bring your Puppets to Life

Students will learn the basics of ventriloquism, how to bring their puppets to life, and be introduced to media literacy from Dr. Susan Linn. (Students need to enroll in Part 1 to participate.) 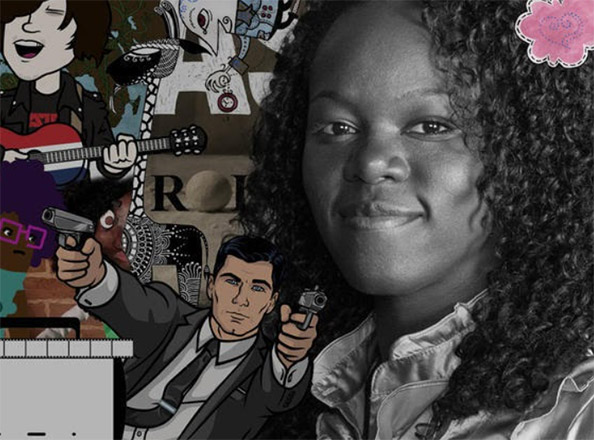 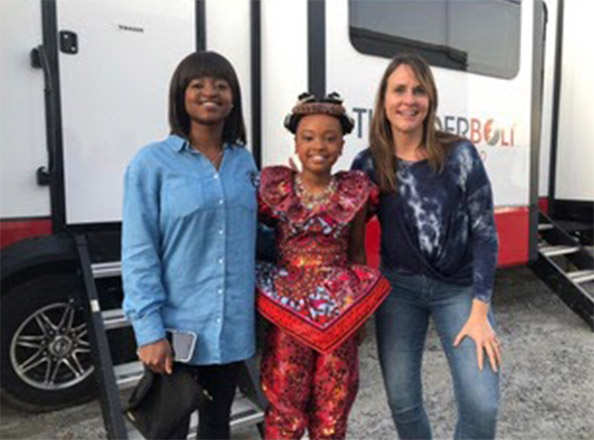 Students will be introduced to the world of acting through fun learning acting techniques. In addition, students will learn how to prepare for an acting audition. 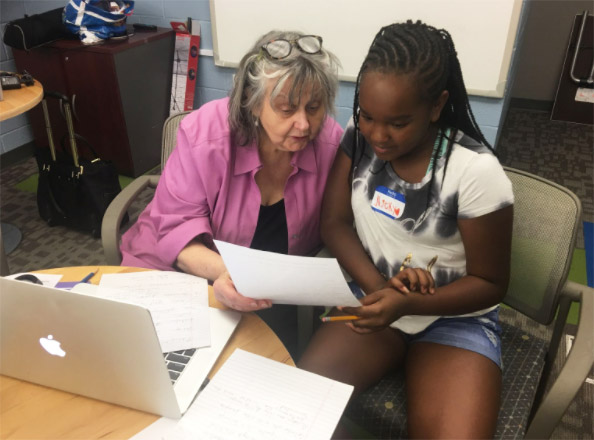 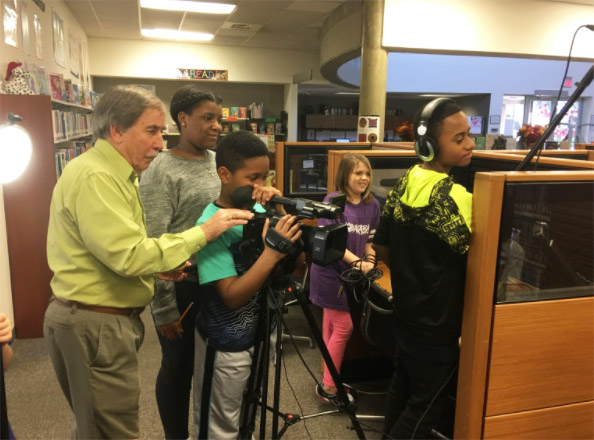 Students will learn about film recording equipment, camera movement and composition. In addition, they will receive resources to further learn about the production process. 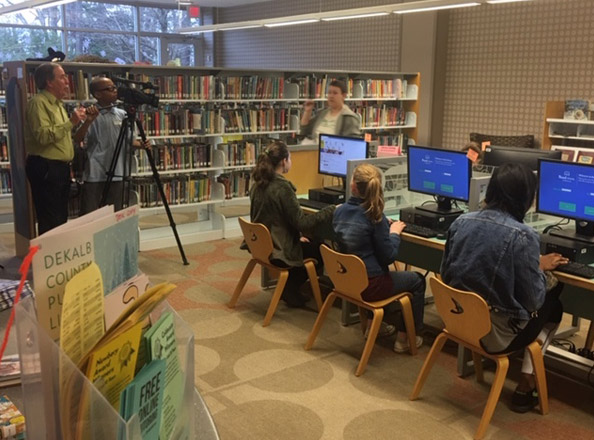 Students will be introduced to editing using iMovie on a phone or iPad.

The visually stunning debut animation short of 11-year-old filmmaker Ela Rees tells the story of
Ellie the Elephant and her struggle for freedom.

A stop-motion animated short brought to us by the children of the FABIDO daycare center in
Germany. It Fits explores the adventures of a triangle family forced to emigrate to square
country, where everything is a little different.

In this Star Wars-inspired short film, a boy searches for his missing father and his true destiny.

This short film depicted through dance and action was created by six-year-old Arthur Frick with
the help of his Auntie Muggles and father, Travis Frick. In this film, Fang, the young vampire,
saves Vampire City from the evil witch, Castra. Arthur crafted the story with his imagination and
was the dancer in the film

A teenaged Instragrammer gets caught faking a post. Written by teenager, Travis Suggs, and
Tayeshaun Williams.

This eye-opening and disturbing short documentary film, 18-year-old producer, Julian Green
explores the phenomenon of Elsagate, a 2017 YouTube Kids controversy. Some material may
not be appropriate for children, but then again, that’s the point.

High school cheerleader, Allison Wilkens has a strange encounter with Miles Joyner, a classmate
of hers who’s taken on the alias of Star50 and has an obsession with outer space. Although, his
fascination may have a deeper reason than what’s on the surface.

The Debut of Elsa

A series of vignettes featuring a girl appreciating nature and the outdoors, pieced together to a
musical score.

Four friends wander the woods together, but soon find themselves trapped in a strange situation.
Stress, fear, and mystery all cloud the mind of these four friends. Will their companionship
prevail?

A young herbalist sets out on her own to take up the family business with the help of a magical
family heirloom. When the necklace is stolen by a strange creature, she pursues after it.
However, what she finds at the end of her pursuit is not what she was expecting…is she prepared
to handle it?

The Jungle Tale - "An Ordinary Life Until..."

A group of kids living in the heart of the jungle and raised by wild animals learn all about nature,
survivalism and conservation.

A wise older neighbor helps Toby, a 7-year-old boy with a passion for painting, learn to behave
himself and get along with his single mothe

Ayman, an overweight boy, is determined to face his insecurities by spending a day in a public
pool. But our swimsuit superhero faces many little obstacles before he can dive in.

Dash the dog thinks his people are making fun of him, before realizing that he’s more than
welcome to get in on the fun himself!

The song WAP, which stands for Women as Prophets, was brought to life as a way of inspiring
young women to view themselves in the light of God, and for young men to see women as
vessels from the Lord that we should respect and protect. They are made in His image and
shouldn’t have to follow the standards of pop culture

A group of Athenian kids doing theater lose their protagonist, who is being bullied by an older
boy. A part-time electrician and Kung Fu master comes to their aid. But in order to bring their
friend back, they must first learn how to be a real team.

Bane of the Beasts

A young creature unlike any other is shunned by all the herds of the land. But little do they
know, that the pup is meant for a far greater destiny.

An uplifting tale about learning to fly and a marvelous visual experience made possible through
the wonder of handmade embroidery animation!

A stunning animated short film based on the children’s book by Marvell Ginsburg and true
events of the Holocaust. This artfully crafted story of one family’s Torah makes tough lessons of
history easily digestible for all ages. The one and only Ed Asner’s narration is one of many
factors contributing to the power of this film.

Tvisha and Bhakti study in a remote village school. Every day their teachers punish them and
throw them out of class. Tvisha is chirpy, brimming with energy; Bhakti is gloomy & shy.
Despite their unlikeness they gradually discover friendship outside the classroom. In the forest,
Bhakti and Tvisha discover a secret place and meet a new friend. Soon, the magic begins to
unfold!

This epic 3D-animated feature film recounts the true tale of a ship at sea during a terrible storm
in the year 1899, and the astounding lifeboat rescue attempt.

An uplifting short film about COVID-19 and the BLM movement from the perspective of
America’s youth. Filmed remotely during the pandemic of 2020, the story follows a group of
young people who discover how to be physically distance but socially together. Their connection
makes them unstoppable.

Harriet: The Black Swan In the Year of COVID-19

Four seasons of the life of Harriet Tubman are told creatively through ballet. This film is
beautifully choreographed and the dancers are very graceful.

After a mysterious new virus causes a worldwide pandemic, young Andy Locke struggles to
cope with his “new normal” of living in quarantine.

A young Marvel fan binge-watches his way through the beginning of the COVID-19 quarantine,
and when he emerges, becomes convinced that Thanos really did “snap” away half the
population.

An amusing Public Service Announcement raising awareness about the hidden dangers of the
COVID-19 virus. The suspenseful story is told through the eyes of elementary school students in
Beijing.

During the COVID-19 pandemic, a group of children experience a prolonged period of lockdown
and explore their surroundings by using their senses.

Special thanks to this year’s sponsors: